I am a Salesforce Developer

Being able to say that is very meaningful to me; it’s something I have dreamt of for many years but didn’t quite know which steps I needed to take to make it into a reality. I struggled in various IT roles knowing that I was a smart person able to effectively solve complex technical problems, however I didn’t know how to turn those skills into being a developer. A developer role that was seemingly more creative, could attract a higher salary and give me a greater freedom in where I worked. 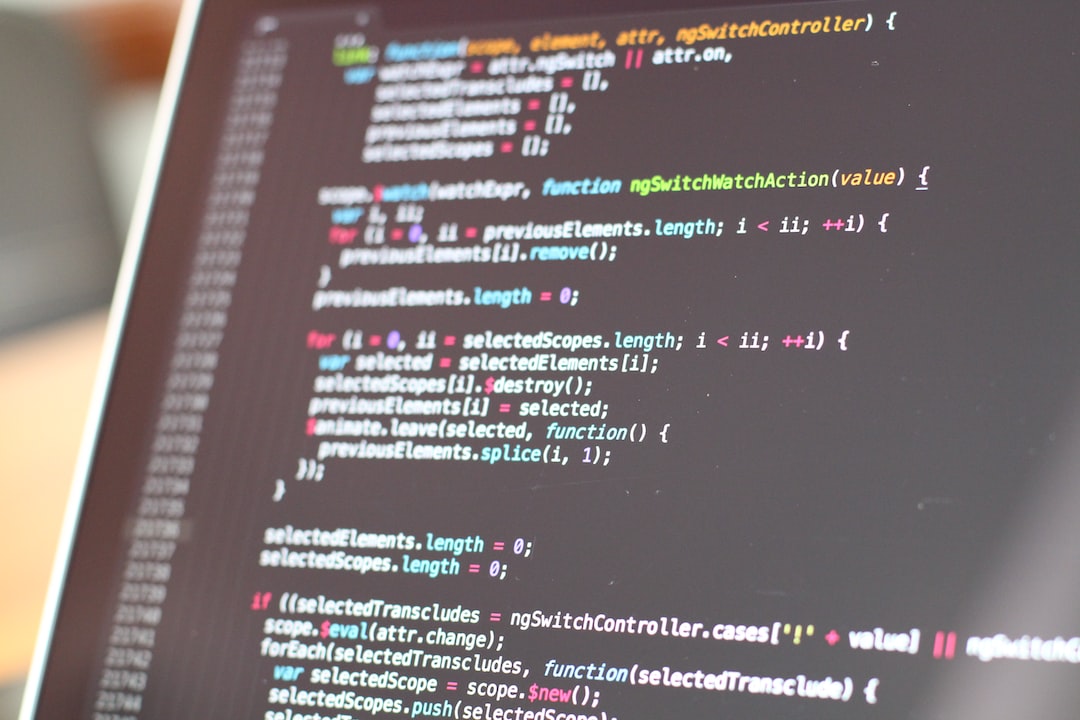 When discussing my path to becoming a developer with a senior dev here at Sapient i7, my colleague mentioned that he had seen very few Salesforce administrators make the leap to developer. This was surprising to me. Having been a Salesforce admin myself and having worked with many talented administrators, I would have thought that this was a path that was trodden often.

Since then, I’ve taken time to reflect on my journey of where I am today. In this piece I hope to describe that journey broadly, hoping to highlight some of the more helpful and influential milestones of that journey and how they’ve contributed to me achieving my goal. And lastly, I hope I can inspire some of you who may want to make that step up in your career.

The early days in IT

My first job out of university was working as help desk support for a bank in the Summer of 2007 performing Windows desktop support via phone and remote access tools. Of the 20 or so calls I would handle every day, around 15-18 were issues I would be able to solve myself.  However there were some that I needed to pass on to the tier two helpdesk. In doing this it was important for me to clearly communicate the difficulty the user was facing as well as to thoroughly document the troubleshooting steps I had taken. Over time I became quite good at knowing what tier two needed to know and how I could most effectively convey this to them. It made me a valued and effective member of the team.

I didn’t know it at the time but throughout my career this skill has turned out to be as important as any other. Plenty of people can make a computer do what they want it to do, but to solve complex problems you need people working together and communicating technical concepts accurately and concisely is key.

Having moved on from the IT Help Desk in a large bank with thousands of users, I began looking for a job that suited my desire to work in the arts. I started working part-time as a pizza cook and part time as a marketing intern at a local literary arts centre. Quickly, my technical acumen and general get-it-doneability were rewarded with a full-time role at the arts organisation with some of my time being devoted to IT related matters for this organisation of around 20 employees.

Over the course of the next few years, several things happened that would change the course of my career and accelerate it in an IT direction. Firstly, at this smaller organisation I was given a large amount of technical freedom. This allowed me to grow my IT skills from simple desktop support to areas like server administration, website administration and maintenance and more work with hardware. With this larger area of responsibility, I also had to leverage resources available to me. Google, as we all know, is a technologist’s best friend. When someone presented me with a problem, understanding as much as I could was the first order of business. Similarly, the organisation I worked for had several contracted IT services with local companies. Having the ability to bring the problems I couldn’t solve on my own to other professionals was incredibly valuable and over time, problems I wasn’t able to solve on my own became ones that I could.

Over the years I have used the same problem solving techniques from my one-man IT band to help to get me where I am today!  Define the problem, investigate and research possible solutions and then safely and effectively test those solutions is a pattern I use almost every day as a Salesforce developer. No matter what technical problem you face, the framework to solve that problem is pretty consistent.

The other career changing event occurred when my organisation decided to replace their old, custom built Access database with a modern, cloud-based CRM called Salesforce. Though I didn’t know it at the time, it was the technology that would become the centre of my career. I became an accidental admin. My workplace offered me a 1-week admin training course and we contracted a consultancy to help us implement the system to track donations and registrations. Over the next several years, my understanding of the Salesforce ecosystem grew and I customised our environment to meet the changing needs of my organisation. As my knowledge grew, I began to realise that the skills I was developing were valuable. But I also began to realise that there was a technical gap that was keeping me from progressing. Code!

Over the previous few years, I had taken small steps to learn how to write and read code. I had completed a few online HTML tutorials and learnt how to perform basic tasks in python. But having had the access to lots of interesting technology that my job afforded me, it seemed that I wasn’t able to fully interact with that technology as I would be with software development knowledge. This was also around the time that some of the first web development boot camps were popping up online. So I decided in my evenings and weekends to learn the basics of web development through an online course from Bloc.

During my 3-month boot camp I learnt a lot! We built web apps using HTML, JavaScript and Ruby on Rails, deployed to Heroku servers and created scripts and using the UNIX command line and BASH. Throughout all of this I had a mentor who I was able to ask questions to and discuss the projects I was working on. Though I didn’t immediately begin working in web development after completing this course, I can’t stress how valuable it was to have a structured learning environment with consistent feedback from a professional. I didn’t complete the entire course (my wife and I decided to move from America to England and frankly, I didn’t have time) but this taught me coding fundamentals that I’ll never forget.

This side of the Atlantic

So, having several years’ experience with Salesforce as an admin and having learned coding fundamentals, I moved across the world and needed to find a job. Though I searched and interviewed for developer jobs, I didn’t have much developer experience in the workplace. I did, however, have a wealth of general IT knowledge and a fair bit of Salesforce knowledge as well. I used this to my advantage and was hired as a manager of a small team of Salesforce admins for a charity with a large Salesforce user base. Though coding wasn’t a daily part of my role, my team and I were engaged in many of the same processes that software development teams do. We created and refined user stories, ran sprint-like periods during which we developed new functionality, passed those on for user acceptance testing and subsequently deployed. Having this demonstrable ability to develop software, even if it wasn’t using code, would later prove valuable.

Also, as a manager, I had a certain freedom in setting the agenda for what my team worked on. If there was a task in Salesforce that I thought I could perform relatively simply with code, perhaps a small trigger or scheduled apex class, I had the authority to make the space for me to do that work.

Taking the jump to becoming a developer

I stayed in that role for several years and enjoyed it immensely. But as time went on, my ambition to write code and work on more complex Salesforce problems pushed me to move past my fears of rejection and begin applying for Salesforce Developer roles. Through a recruiter, I heard of a new company who were looking for motivated, Salesforce developers of all skill levels. I (finally) felt ready, applied and was hired as a Salesforce developer.

Throughout my 10 months here at Sapient i7, I’ve worked on some amazing projects and learned so much in the process. One example is a client with an existing Salesforce implementation that needed a way for the Sales and Service teams to quickly identify high value accounts. Through the use of a few custom fields and some scheduled batch jobs, I developed a rating system that offers a summary of a given account’s value based on a number of factors. More recently, I’ve been working within a much larger team delivering a service cloud implementation to a large organisation leveraging Mulesoft for a number of complex integrations. I’ve never had the opportunity to work on such interesting and varied projects with such a capable and smart group of co-workers.

But it’s not just the ability to write code that has allowed me to be successful, though. So much of what I do every day employ the ‘soft’ skills I’ve learned throughout my career.

As I look back on the discussion I had with my colleague in which he said that he had seen very few Salesforce admins who made the leap to developer, I think about the fear I had in trying to make the leap myself. I focussed so much on my assessment of my abilities as a developer in my ability to code. Though one’s ability to write clear and effective code can’t be diminished, I didn’t place enough value on the other work-related skills I possessed and how they would be valued in a software development team. So yes, if you are looking to make that leap do your Trailheads and don’t forget to bulkify your code, but never underestimate the importance of problem solving, communication and your ability to work effectively as part of a team. These are all factors that contribute to you being a great developer.
And no matter what, always believe in yourself. You can do it!

If you would like to know more about what we do, we’re happy to answer any questions you may have for us.

View more from the blog and events

I am a Salesforce Developer
Blog

I am a Salesforce DeveloperBlog

How I learned SQL in Marketing Cloud (the hard way)
Blog

How I learned SQL in Marketing Cloud (the hard way)Blog

Leaders without Silos – The death of a CPQ Salesman
CPQ

Leaders without Silos – The death of a CPQ SalesmanCPQ

How my first 30 days went at Sapient i7…
CPQ

How my first 30 days went at Sapient i7…CPQ

From Junior Sales – To “Rising Star” with CPQ
CPQ

From Junior Sales – To “Rising Star” with CPQCPQ

Salesforce and DevOps Part 4 - To DX or not to DXDevOps

Your Rocket to Revenue With Salesforce CPQ
Event

Your Rocket to Revenue With Salesforce CPQEvent

Bundles of joy - the road to CPQ certification
Blog

Bundles of joy - the road to CPQ certificationBlog

I am a Salesforce DeveloperBlog

How I learned SQL in Marketing Cloud (the hard way)Blog

Leaders without Silos – The death of a CPQ SalesmanCPQ

How my first 30 days went at Sapient i7…CPQ

From Junior Sales – To “Rising Star” with CPQCPQ

Salesforce and DevOps Part 4 - To DX or not to DXDevOps

Your Rocket to Revenue With Salesforce CPQEvent

Bundles of joy - the road to CPQ certificationBlog

﻿Home
Our services
Our Industries
Work with us﻿